Choosing Your Next M.V.P.

May Depend on an M.R.I. Medical Imaging and the Professional Athlete

When it comes to treating professional and elite amateur athletes, physician teams may have to bring their "A" game. Speed and accuracy are just as important for the radiologists and orthopedic surgeons diagnosing athletes as they are for the players on the field. That's why advanced imaging and specialized diagnostic skills have become increasingly vital tools for modern sports teams. As baseball and soccer reams kick off their seasons this spring, they'll have a lineup of expert physicians and advanced equipment supporting them on the sidelines.

Not long ago, if a pitcher tore a ligament or a goalkeeper suffered from bone spurs, it often took doctors by surprise. Now, radiologists are spotting potential severe injuries before they occur.

With baseball, " the big problem is overuse injuries, specifically overhead throwing injuries," says Southwest Medical Imaging musculoskeletal radiologist Jeffery Fitzgerald, MD, former consulting radiologist to the Cincinnati Reds, Pitchers often sprain or team their ulnar collateral ligament (UCL) (one of the ligaments on the inner side of the elbow), an injury Fitzgerald says he's seeing not only in pros but in high school players. "We see a lot of these on imaging, and most of them can be identified before anything serious occurs, before they require surgery or have long-term detrimental effects to that kid's shoulder or elbow functionality, or their ability to compete at a high level."

Early imaging also helps soccer players prevents common painful injuries. Kicking, running and changing directions quickly, for example, can lead to osteophytes- bone spurs in the ankle that
can cause impingement. "We're able to see osteophytes early on with MRI," says Fitzgerald, "and oftentimes those can get treated before they cause more difficulty."

"We've started to image athletes at the onsets on symptoms," says Ray Murphy, MD, PhD, a musculoskeletal radiologist at SMIL. "Sometimes we see the very early stages of a serious injury, and its crucial to catch it at that point. I'll oftentimes have an athlete in for a stress fracture or injury, and I'll see a developing injury somewhere else. It's important to communicate that to the trainer, because in addition to treating whatever they have now, you're effectively preventing further serious injuries down the line."

"With UCL injury," Murphy says, "because of good scamming techniques and the fact that we're looking for it, we actually see early 'remodeling' of the ligament, as opposed to a tear of the ligament. So, we can say, 'You want to work on (this athlete's) technique and maybe don't have him throw as many times per game."

"In addition, baseball teams are using medical imaging to ensure their draft prospects are in top physical condition before signing multimillion-dollar contracts. "So, we're always doing MRIs on pitchers, looking for early injuries before they even throw a first pitch for (teams)," says Fred Dicke, MD, a team physician for the Los Angeles Angels and Oakland A's.

With athletes, it's essential to accurately interpret the medical imaging and reach a correct diagnosis so they can be treated and returned to the field as quickly as possible. The trouble is, some soft tissue injuries and stress fractures can be as elusive as a goal in the World Cup.

"Some things are easily missed, like pars fractures (a stress fracture in the spine) or foraminal herniations (a problematic spinal disc rupture which compresses the nerve root)," says Chris Yeung, MD, a consulting spine surgeon for the Arizona Diamondbacks and Arizona Cardinals, as well as an owner of the Phoenix Rising soccer team. "Sometimes you see x-rays that are read as negative, but I look at them and, based on where (the athlete) is hurting. I've said, 'I bet you have a pars fracture. Let's get an MRI or a CT scan.' And boom, it confirmed the diagnosis."

"hand and wrist injuries can be particularly challenging says Mark Leber, MD, an orthopedic surgeon and an owner oh Phoenix Rising, which recently applied for Major League Soccer status. Both soccer and baseball players can damage the scapholunate ligament (a ligament in the wrist) or the UCL. "They may still be bale to play through the season with these injuries, so sometimes they're overlooked," Lever says. "But both those ligaments, if missed or treated conservatively, have a much higher chance of (causing) long-term arthritis. So you get the MRI to determine if there's some pull-off of the ligament, whether it's a complete tear or partial tear, whether there's some instability in the wrist bones."

"The MRI of the wrist is fairly complicated," Leber adds. "There are various ligaments that can be injured, and sometimes they need surgery, and sometimes they don't. So we need to have an open discussion with radiology to make sure they're going to heal appropriately and quickly."

For diagnosing subtle injuries, advanced equipment is critical. SMIL uses 3T MRI machines, which generate higher-resolution images than traditional scanners, as week as multi-array coils packed with sensors that pick up the smallest detailed. SMIL radiologists also make sure athletes stay on the scanner as long as it takes to produce a quality image, "so we can find every last drop of information," Murphy says.

Teamwork for the Win

Even more important than equipment - in both medicine and sports- is team work. Just like teammates, examining physicians and radiologists rely on each other's specialized skills.

"Say you're examining a pitchers," says Dicke. "You ask, 'Where does it hurt when you're throwing? Is it winding up? Is it cocking? Is it the follow-through? 'That helps me know where the injury may be, and I can let the radiologist know so they can look for it. If it's the follow-through, you're more concerned about the posterior shoulder, so (the radiologist) can look there. Is the should clicking? They look a little bit more at the labrum (a ring of cartilage surrounding the shoulder socket). You have to discuss your findings in the exam, and that helps the radiologist say what's important and what's not. The biggest difference with SMIL is that you're working with dedicated musculoskeletal radiologists, so it's easier to talk to them and you get reading that are much more functional."

"The ability for the radiologists to be available and collaborate wit the treating physician is very important," Yeung says. "with SMIL, the quality of their readings is very high. I trust them to help me make the diagnosis and help me treat these patients."

"I think the differentiator is the relationships we foster with really good orthopedic surgeons and sports medicine docs," Fitzgerald Says. "We're able to talk to them, we call back and forth, we text. Having that dialogue helps us be better, and it helps them be better too. Not all groups can have that sort of excellent working relationship between radiologists and clinicians." 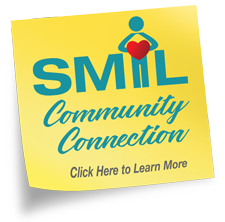